Here we go again .oO(♬ Shelter - Here We Go ♬), once again, a new version of the website.

Using lanewfactory in PPH and storing data in xml. 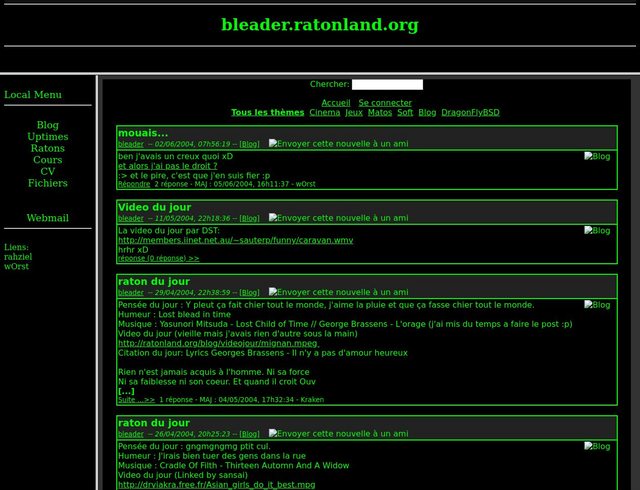 Custom php made, with a postgres for storage. 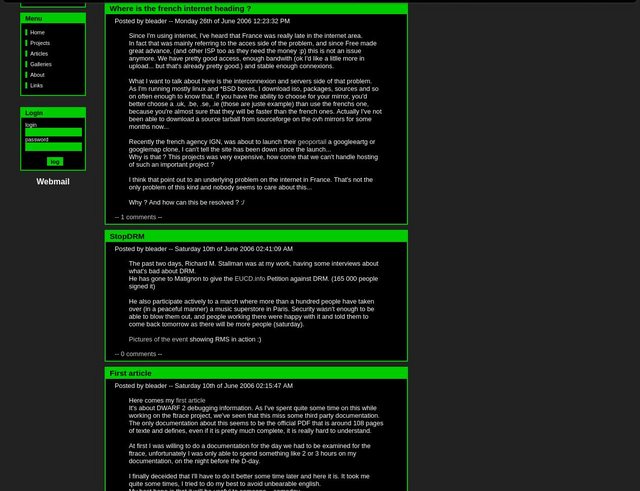 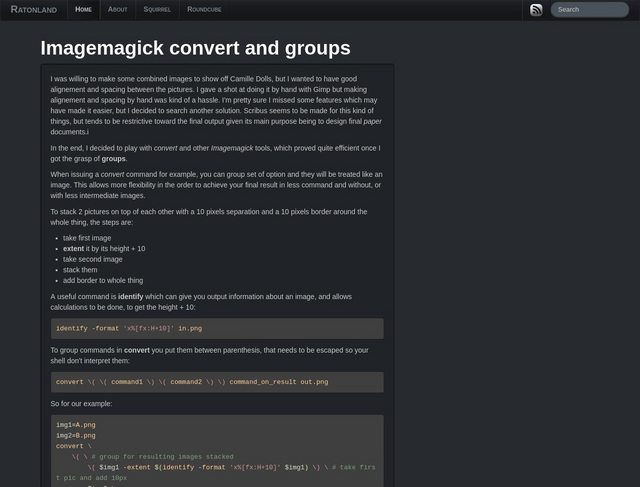 That's what you're looking at, it is using pelican and hosted on gitlab. I'm using the bootstrap2-dark theme.

It was fairly easy to get it working, but I did waste some time when I tried to import the articles from V3...

As mentionned above V3 was on django+sqlite, with articles written in markdown. At first I tried to export the data in csv and tried to parse that in shell to generate the content for pelican...

And at some point I realized that was stupid, why not simply do it in python? I fired up ipython, and 2 minutes later it was done.